Book Launch of Intimate Others

Review: The traditional image of the ‘Indian family’ has been disrupted by the growing influence of globalization and information technology, as well as by the increased 'social visibility' of homosexual relationships and other forms of intimacy. The institution of marriage has also acquired explosive political significance in recent years. This collection of essays also takes into account factors that have challenged the “hegemonic status” of this institution in Indian society. The Telegraph: 4 March 2011

Putting Women First: Women and Health in a Rural Community 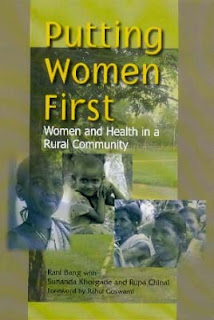 As Rahul Goswami tells us in his Foreword, this book is as much about the lives and times of ordinary people as it is about social medicine. It is a doctor’s story about her practice, which lets her extrapolate about the realities of rural for all Indians. Set in Gadchiroli, a district in central India, known for being an underdeveloped and backward area, it is where Dr. Rani Bang and her husband, Dr. Abhay Bang, set up the clinic for the Society for Education, Action and Research in Community Health (SEARCH) and to practise medicine that explicitly catered to the Raj Gond, Madiya Gond, Pardhan and Halibi, the dominant tribal groups, along with non-tribal poor people who live in the area. This settlement goes back to prehistory and is a part of the ancient Dandakaranya forest mentioned in the Mahabharata and the Ramayana.
Rani Bang’s research found that 92 percent of women in this region had no access to treatment for gynaecological disorders in the absence of women doctors. Such neglect was exacerbated by ‘development’ since rural families were, and remain, unprepared for the rapid changes wrought in the spheres of education, information, material enhancement and changes in lifestyle, which impact on relationships and health.
The book plays many roles: a commentary on the ‘chronic myopia’ of a planning process that refuses to see millions of Indians or to think of the ways in which their lives could be bettered;   careful observations on the enormous social changes that impact on tribal society where tradi-tional kinship and ecological systems are being sorely stressed; and a logbook of case medicine. In their own way, the Bangs have set in motion a type of revolution that equips people, communities and administrators with the tools to ‘build an indigenous expression of development, one in which the fundamentals of healthcare, interdependence and sustainable economics are paramount’. The last chapter of the book summarizes the author’s recom-mendations for policy makers.

About the authors:
Rani Bang is a co-founder of the Society for Education Action and Research in Community Health (SEARCH) that pioneers new models in Indian healthcare; Rupa Chinai is a distinguished journalist who has specialized on developmental journalism with a focus on health; Sunanda Khorgade works with the women’s health programme at SEARCH and trains traditional birth attendants; Rahul Goswami is a policy analyst and writer, based in Goa.
ISBN 81-85604-96-7,  Rs 700

Intimate Others: Marriage and Sexualities in India 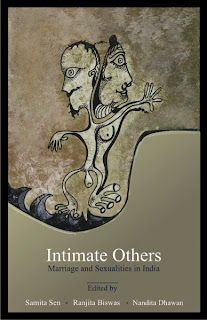 Although the challenge to the hegemonic status of the institution of marriage in is grabbing the limelight in popular media, it has received comparatively less attention in the social sciences. This path-breaking collection presents an analysis of marriage from historical, social, cultural, psychological and legal perspectives. Some of the essays argue that marriage continues to retain its prime overwhelming importance in reproducing the social order and its claim to be the only legitimate structure of the family rather than one among many.  Nevertheless, changes wrought by globalization, by information technology and by the increasing social visibility of queer life forms and practices have had considerable impact on the homogeneous imagination of the ‘Indian family’ with the traditional marriage system as its base. The essays in this collection look behind and beyond the institutional framework of marriage to critique the structures of our everyday and to explore new horizons and possibilities in the domain of the intimate.
The collection is divided into four parts, moving from a historical perspective to present-day concerns: Part I, ‘Historicizing Marriage: Marriages Are Made in Scriptures’; Part II, ‘Contextualizing Marriage: Class Caste, Masculinity and Violence’; Part III, ‘Representing Marriage: Sex, Conjugality and Videotapes’; and Part IV, ‘Recasting Marriage: Singlehood, Coupledom and Intimate Others’.
Some of the essays have been based on a project undertaken by the of , , to examine the class, caste and community coordinates of present-day marriages in Kolkata.  The project was funded by Rosa Luxemburg Stiftung, .
Samita Sen is Director, of , .